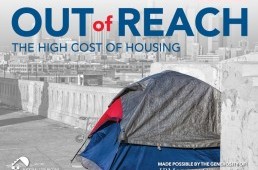 Earlier this year, the National Low Income Housing Coalition released its annual “Out of Reach” report which tracks what a household must earn to afford a modest, two-bedroom fair market rate apartment. The report calls this figure a “Housing Wage.”

The national average fair market rent in 2018 is $1,149 for a two-bedroom apartment. To afford that rent and not be cost burdened (defined as spending less than 30% of income on housing costs), a household must work full-time earning at least $22.10/hour. This is the national Housing Wage.

If you're curious about wages and housing costs in your area, we invite you to take a closer look at the Texas section of the report. You can see a snapshot of the entire state or look at data specific to a metropolitan area or county.

Here are some other key findings from the report for Texas and nationwide:

If renters have school age children then finding a affordable apartment in a safe neighborhood with quality schooling is out. Rental Cost should include water, mud tax, mandatory valet trash pick up,  & garbage fee because Apts. controls the fee for these services: therefore, a $1,005 apt true price w/o rental ins. or electric is at least $1,100.