A Snapshot of How Rents Have Changed over the Last Year 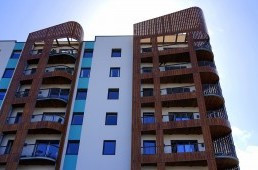 A recent article on Housingwire.com addresses the change in rental costs across the country over the last year.

Citing two different sources, HotPads and Adobo, the article highlights the fact that a record $504.4 billion was spent nationwide on rent in 2018, an increase of $12.6 billion from the previous year.

The HotPads report also points out that while the total amount spent on rent has grown, the appreciation of rent per unit, or the rate at which rent is increasing, is gradually slowing down. The median rent nationwide is currently $1475 per month, an increase of only 3% from a year ago.

2018 saw a slight decrease in the number of households renting. The HotPads report surmises that with rents remaining steady, people have increasingly been able to save for a down payment in order to pursue homeownership.

According to Adobo, the median price for a two-bedroom apartment in 2018 was $1255, an increase of only $1 compared to the previous year. While statistics on the average 2-bedroom rent per state wasn’t made available in the report, Houston once again found itself in the list of cities with the highest monthly increase to rent for two-bedroom units. Ranked 9th, Houston had an average rent of $1487 with an average monthly increase of 1.84%.

Adobo also broke out what cities had the highest and lowest rents on average for a 1-bedroom apartment. Lubbock is the only Texas city to grace either list, ranking at #8 in the lowest average rent for a one-bedroom at $585.