Affordability and its Effect on Job Growth 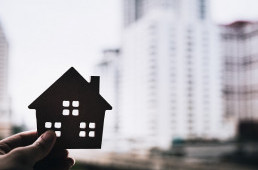 Can rising home prices and decreasing affordability within a city also lead to slower job growth?

A recent study conducted by the National Association of REALTORs ® (NAR) suggests that there might be a connection. The NAR’s report, which looks at affordability and job growth in 174 cities and metro areas around the country, found that 81 cities and metro areas decreased in affordability between 2014 and 2019, largely due to increasing home prices and the need for more housing inventory. 34 of the 81 also saw a decline in job growth.

Job seekers can be hesitant to move to an area with a high cost of living. Lawrence Yun, chief economist for NAR, stated that “Job growth has slowed in these areas in part because limited supply is making homes less affordable. As inventory continues to decline and affordability worsens, workers, businesses and companies are less incentivized to do business in areas”. He goes on to say “Even fast-growing markets could be hurt and unable to further expand because of weakening affordability conditions. We must improve affordability by building more homes in line with local job market growth.”

Here in Texas, both the Houston and Dallas metro areas saw their affordability ranking drop between 2014 and 2019. Houston dropped 11 spots on the list, going from a ranking of #106 to a ranking of #117. Dallas dropped even further, going from #96 to #118. Thankfully, over the same time frame, job growth in both areas remained fairly steady, with Houston increasing by 1.1% and Dallas staying relatively the same, with only a slight increase of .2%.

On the flip side, both the Austin and San Antonio metro areas saw their affordability ranking increase between 2014 and 2019, however the rate of job growth in both metro areas saw slight decreases. Austin went from being ranked #134 in affordability in 2014 to #122 in 2019, an increase of 12 spots. Job growth in the area decreased over that time period though by 1.8%. San Antonio went from a ranking of #119 in 2014 up to a ranking of #110 in 2019. They too saw a slight decrease in job growth of .6%.

Housing affordability is so important and not just for the individuals and families in search of housing. The NAR’s study shows us how affordability and home prices might affect not only the quality of life of an individual or family, but also the growth (or decline) of a city’s workforce.

For more information on the study conducted by the National Board of REALTORs, click here.