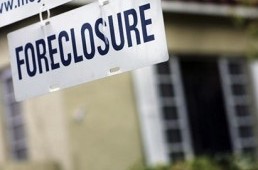 Earlier this year, the mortgage delinquency rate fell to 4.7%, the lowest rate it has been in eight years. Yet, according to a MacArthur Foundation survey, more than 60% of Americans still think the country is in a housing crisis.

At the height of the housing crisis in late 2009, The New York Times reported 14.41% of mortgage holders were either delinquent on a mortgage payment or in foreclosure. That was the highest rate recorded since the Mortgage Bankers Association began tracking the numbers in 1972. Fast forward to this year, and the numbers have vastly improved.

DSNews reported on 2015 first-quarter numbers in April 2015. Highlights include:

The numbers continued to improve during the year as a separate DSNews article from August 2015 showed:

These numbers reflect a recovering housing industry and display an optimistic outlook for the future.

In the midst of this encouraging data, the MacArthur Foundation released survey results that revealed gloomy attitudes about the housing recovery. The report states, "Three in five Americans (61%) believe we are either 'still in the middle' of the housing crisis (41%) or 'the worst is yet to come' (20%)." The combined rate of pessimism is down from 77% in 2013 and 70% in 2014, but Americans attitudes are still not in line with the reality of a healthier housing industry.

MacArthur President Julia Stasch explained why negative attitudes persist saying, “Decent housing at an affordable price remains a challenge for an increasing number of Americans, even after the recession has formally ended. It is disturbing that people feel the American dream and prospects for social mobility are receding. This survey is a wake-up call. People want and expect solutions to the housing crisis to be a higher priority for both national and local leaders alike.”

We offer resources for potential homeowners to empower them to make informed home buying decisions. Before beginning the home buying process, we encourage individuals to use our Texas Mortgage Calculator. The tool provides a best estimate of what you can afford to buy.