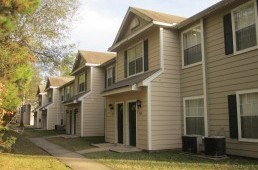 Rental housing affordability continues to get worse. These are the general findings of two high profile reports we’ve covered in past On the House entries (click here and here to read them).

A new Freddie Mac study confirms the findings of these reports, but the scope and methodology of this study are a little different.

Instead of analyzing housing costs and incomes using national census data, the Freddie Mac study focuses only on a sample of housing units financed twice by Freddie Mac Multifamily, first in 2010 and again in 2016. The study includes the nine states, including Texas, where Freddie Mac financed the most rental units twice during this time period.

Below are two additional takeaways that focus specifically on the Freddie Mac Multifamily units financed in Texas:

Click here to read the full report, including some additional analysis by Freddie Mac.