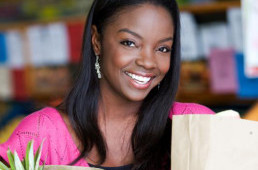 This past May, the United States Federal Reserve released its 2018 Survey of Household Economics and Decisionmaking (SHED) report, detailing the economic well-being of American households. In it, 87 percent of respondents stated that having a grocery store near their residence ranked as being “moderately or very important.” Meaning, grocery stores are the #1 most-desired amenity to have near a place of living.

While the SHED report highlights the fact that many Americans desire a grocery store near their home, it also comes in stark contrast to the fact that a United States Department of Agriculture (USDA) report estimates that 23.5 million Americans (8.4% of the entire U.S. population) live in low-income areas that are more than 1 mile from a supermarket. The USDA defines areas like these -- and areas with poor access to low-priced, nutritious food in general -- as “food deserts.”

The USDA also says that people living within food deserts are more likely to rely on convenience stores for groceries. The problem is that convenience stores either don't offer healthy food options, or tend to charge more for them than a grocery store.

Dollar stores, which can often be found in food deserts, are sometimes thought of as another alternative to grocery stores; however, according to this recent CNN article, most dollar store locations don't offer a large enough selection of nutritious foods to make dollar stores a healthy substitute for grocery stores.

According to 2018 data from the Center for Disease Control and Prevention (CDC), 33% of Texans had a body mass index of 30.0 or higher. A statistic that lands Texas in 37th place in a national ranking of states with the lowest obesity rates.

Not to mention, Texas A&M University found that, just within the Rio Grande Valley, 50% of the region could be described as a food desert. And in Dallas County, 36% of ZIP codes have poor access to affordable, healthy food options.

Because the CDC finds an association between obesity and the most common causes of death in the U.S. (diabetes, heart disease, stroke, and cancer), food deserts may end up causing a lower quality of life and a higher rate of medical spending.

Curious to see which areas of Texas (and the United States) are affected by poor access to healthy food options? The USDA created an interactive map that details all the areas that can be classified as food deserts while also letting you explore which particular accessibility problems an area is having.

Great Article
Thanks for sharing