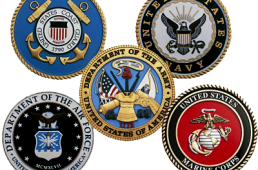 In 2010, the Obama Administration and the Department of Veterans Affairs issued a plan to end veteran homelessness by the end of 2015. The goal seemed unimaginable at the time, but communities across the country are making great strides in accomplishing the task by adopting a “Housing First” model.

The National Alliance to End Homelessness defines “Housing First” as “an approach to ending homelessness that centers on providing people experiencing homelessness with housing as quickly as possible – and then providing services as needed.“  While this new approach might make sense, it’s a departure from past efforts to address homelessness.

In a recent NPR article entitled “The U.S. Declared War On Veteran Homelessness — And It Actually Could Win,” Kevin Kincey, Outreach coordinator at U.S. VETS in Los Angeles, explains the policy shift. "It's about getting guys in housing first and then treating whatever ails them afterwards," stated Kincey. "Back in 2005, to come into a program ... you needed to be sober. [Now] once you get in housing, if you need substance abuse treatment, mental health treatment, they'll wrap that around you," Kincey continued.

Due in large part to the “Housing First” approach, the veteran homelessness population has decreased from approximately 74,050 in 2009 to 49,933 in 2014 based on the national point-in-time count. And some communities have even reached “functional zero.” In the same NPR article, Melissa Haley, director of supportive services at Volunteers of America in New Orleans explains, "Homelessness is a continuous process. There's a veteran right now who is in a home who could very well be homeless tomorrow," she says. "Functional zero is defined as having a process and the resources in place where we can immediately house a veteran."

In Texas, the homeless veteran population has been cut in half - down from 5,491 in 2009 to 2,718 in 2014 according to the point in time count. On June 1, City of Houston Mayor Annise Parker announced that Houston became the largest city in the country to effectively end veteran homelessness. The announcement notes that the collaborative effort called "The Way Home Houston" housed 3,650 veterans in just over three years and put in place "the resources to house every homeless veteran (or those at risk of homelessness) in Harris and Fort Bend Counties."

Others are hoping to follow suit statewide. The Mayors of these cities have accepted the Mayors Challenge to End Veteran Homelessness: Austin, Corpus Christi, Crystal City, Dallas, El Paso, Fort Worth, Garland, Houston, Plano, San Antonio, and Waco. Hopefully, other communities will join the effort and meet the challenge of ending veteran homelessness.

Notify .(JavaScript must be enabled to view this email address) if there is a need.

My name is Pedro Soto service connected United States Navy Disable Veteran. I am wanting to know if my service connected disability benefits are to be used all for housing. What percentage or how do you come up with how I will be charged for a one bedroom apartment using the housing first program. It has been described to me in one way. Then it is described another way. Getting disability benefits really has it’s downfalls with information being conveyed from one figure to another. I feel that the disability benefits doesn’t allow you much room to spend according to what the figures are shown to be paid. I hope this concern would become apparent? So, until this definite unsound amount is figured to be. I will hope for it to be accurate and within means to follow through on our new quality of life. We need to address this threat among Veterans. Because, I am happy for the services awarded based on our services for our country. But, maybe we can look into this concern with more of your attention? Please, give us a clear definition to this concern.

There is great progress being made to help veterans who are homeless and struggling with addiction.  Providing the stability that a home gives helps tremendously so that physical and emotional energy can be focused on drug addiction recovery.

This is great to read that all are putting efforts to end homelessness among American veterans.