Latest Data Shows Rent May Be More Unaffordable Than Ever 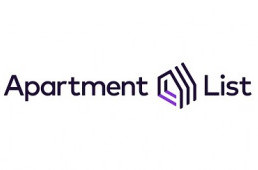 A recent study released by Apartment List highlights a rising cost burden among the nation’s renters. And while unemployment rates remain low and wages keep increasing, nearly half (49.7%) of all of rental households in the U.S. were cost-burdened in 2018.

Apartment List also suggests that this percentage, though shocking, could be understating the issue since a more detailed look at the numbers over the years paints an even starker picture of the housing affordability problem. Between 2017 and 2018, the number of cost-burdened rental households grew by 299,000; and in the decade between 2008 and 2018, that number grew by 2.8 million.

The good news is that the third major Texas city to make the list was Dallas – and it made the list in a positive way. It was one of the six cities on the list where the average rental household would be able to comfortably afford the city’s average rent.

For information about other Texas metro areas and more details about cost-burdened households, please reference the Apartment List report.